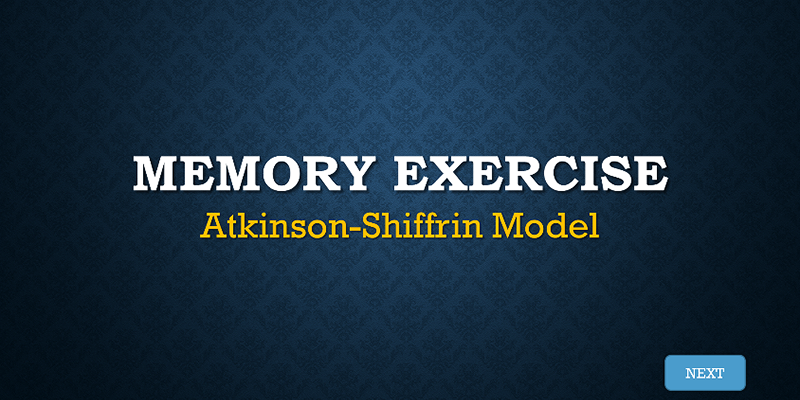 David Williams wanted to mimic a research experiment on the three modes of memory: long term, iconic, and short term memory. It mainly incorporated text as the visual, accompanied by sound fx to trigger responses, and audio clips to test short term.

The images shown are just a few screenshots from the presentation. It was also designed to run as independent Powerpoint show with the user in control.